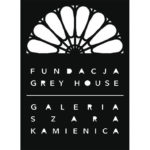 The artistic deliberations undertaken in the exhibited works touch upon the problem of changing visual perception.  They analyze dynamically changing models of interpretation of the visible world, its perception and the mechanisms of change of meaning, occurring in the area of semantics of images. The works of art refer in their form to representations of natural phenomena, which are characterized by variability and fluidity. Physical phenomena, which are the inspiration for my works, are processes taking place in nature, resulting from the existence of basic forces, e.g. electric, magnetic or gravitational influence on the surface of water or air space.

The classic construction of reality based on unambiguity has long since been pushed out by an era of many meanings. This manifests itself as otherness, otherness, fluidity, ambiguity of contexts, locality of meanings, which we do not catch immediately. Thus, the fragmentarily available reality forces the artist to adopt a creative strategy, adequate to the contemporary human perception conditions. Our experience is subject to changes, which are difficult to name on an ongoing basis. The idea of a holistic perception has been questioned more than once, but it is impossible to underestimate the fact that the existence of a fragment is connected with the necessity of the notion of the whole – they are dependent on each other.

At the moment of a subconscious attempt to recreate the whole of the phenomenon, the viewer, on the basis of the analysis of his own experience and knowledge as well as the power of imagination, refers to the selected fragment, searching for fragments that could have their continuation in the imaginary space. Thus, he or she is an active participant in the production of a work of art thanks to his or her intellectual but also physical activity towards the works. Writing “physical” I mean the physical movement of the viewer’s body around the work. He enables the viewer to get to know the multiplied imagery contained in the work. The legibility of the form is revealed only when the subject moves towards the object. The works presented at the exhibition are realizations developing the thread of pictorial multiplicity in one area marked by the limits of the work and an attempt to study the relationship between the painting and sculpture.

The exhibition is a public presentation of the doctoral dissertation in the field of visual arts in the discipline of fine arts realized at the Faculty of Art of the Pedagogical University in Krakow.